Marketing Agency Empowered Freelancers and Small Businesses With a Chatbot 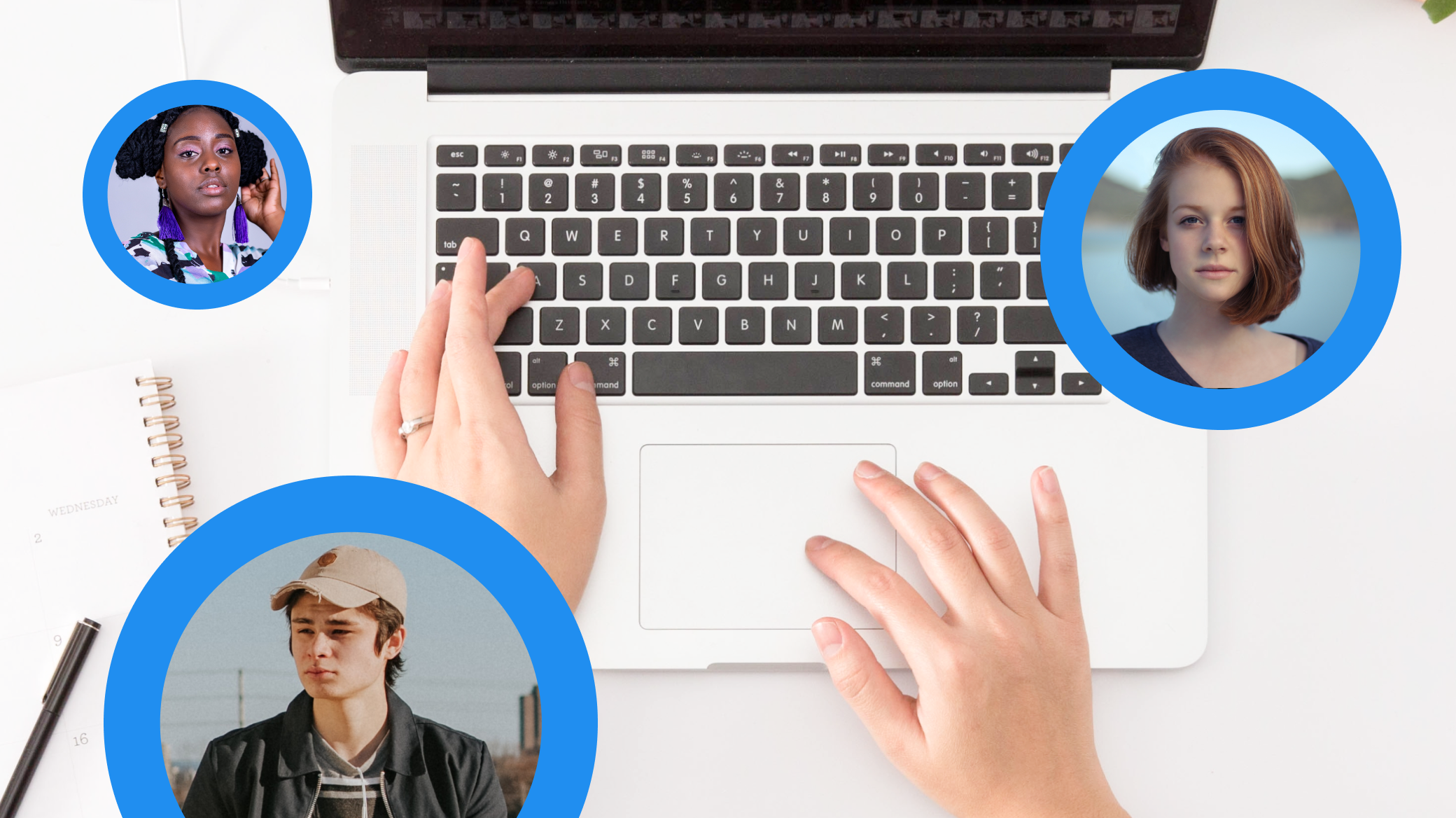 You already know that Messenger bots are powerful tools to help businesses increase sales and automate support. Now, there are two new use cases to add to the list: chatbots as tools for freelancer job training and economic development. 💹

Our story begins in a small country in West Africa called The Gambia, which has a population of just over two million. Three-quarters of those citizens rely on agriculture for their livelihood. So when unpredictable events like droughts impact the output of that industry, the country's entire economy is at risk. To help diversify the Gambian economy and build up other sectors, international organizations have set up certain programs—and one of them runs on chatbots.

In 2018, the International Trade Centre (ITC) planned one such initiative. The ITC is a global agency linked to the World Trade Organization, the United Nations, and the European Union, and one of their objectives is to promote economic growth in certain countries. They came up with a plan for The Gambia and partnered with a Danish marketing agency called GrowthBond to implement it in 2018.

GrowthBond is a member of Chatfuel's Premium Agency program. We spoke to their CEO, Ferdinand Kjærulff, to find out how his team used a Chatfuel bot to help promote and organize this unique project.

A plan to empower Gambian young people and small businesses

Kjærulff explained that the ITC identified a two-pronged problem in the Gambian business world. First, most small- and medium-sized businesses in Gambia don't have the resources to harness the power of modern digital marketing. Very few have in-house talent with enough experience in the digital marketing space, and not many have room in their budget to hire outside help either.

Second, young people in Gambia lack opportunities to break into the world of digital marketing work. It's nearly impossible to be competitive in the international freelance market without proper training, experience, and a strong portfolio. So with no local certifications, internships, or similar programs available to Gambians, their chances of breaking into the freelance marketing world were slim.

That's where GrowthBond came in. They worked with the ITC to create a program to equip young Gambians with in-demand marketing skills. Then, they granted ITC funding to SMBs in the country so they could afford to hire the newly trained freelancers. That way, the businesses could get free marketing and the freelancers could gain experience—a perfect win-win! 🏆

Over a period of six months, GrowthBond was responsible for "the selection, training, and supervision of the digital marketing students, as well as digital marketing consulting and local mentorship." Here's an overview of how the program they developed worked:

#1. Lead generation via Facebook ads 👋 The first order of business was to spread the word about the program to promising young Gambians. GrowthBond set up Facebook ad campaigns advertising their digital-marketing training program for aspiring freelancers.

#2. Lead qualification via chatbot ✅ Of course, not every Gambian Facebook user would be the right fit for the program. So those who clicked the ads were redirected to Messenger. There, a chatbot that GrowthBond set up asked them lead-qualification questions to find out if they were eligible to participate. The group that made it through this round was whittled down even more after that with an in-depth questionnaire GrowthBond sent them next.

#3. Course reminders via chatbot 🔔 The students who applied and were approved then received messages via chatbot with important information about the training courses, including reminders and helpful hints.

#4. Online training 👩🏻‍💻The students could go through some of the freelancer training at their own pace in Thinkific. For the rest, GrowthBond hired two local mentors to run live trainings on Facebook. They reminded students about the trainings via chatbot and via email.

#5. Email outreach ✉️ To get local SMBs on board with the project, GrowthBond reached out to many via email. They offered these businesses $50 USD in Facebook ad credits, plus $200 USD worth of freelancer work to help get them set up.

#6. A Facebook group and in-person meetings 👥 GrowthBond also created a Facebook group for students who completed the course. They shared extra tips and advice there for their budding freelancers. The group also served as a place where the students could get feedback on their pitches and profiles, and share their success stories. In addition, the local mentors GrowthBond hired held in-person meetups where students could get support and input on their work.

Once the students finished the training and gained experience working for the SMBs, they were ready to launch their careers as freelance marketers. The GrowthBond team continued to support the students for the first two months of their new adventure, to help them put what they'd learned into practice. 🙌

The role of Messenger bots in the training program

GrowthBond's training program focused more on the basics of Facebook advertising than the basics of chatbot building. However, they did use Messenger bots to promote their program at different stages along the way. As a result, many students got their first exposure to chatbots. Plus, the bots helped the program grow and assisted the students in staying on track. GrowthBond used their Messenger bot for:

GrowthBond got 370 applicants for their freelance marketing program initially. Of those, 180 showed up to the first online course sessions. From that group, GrowthBond chose 50 of the most promising candidates to move forward. Out of that group, 30 completed the course and started working as freelancers.

10 of them are currently generating revenue, "and are expected to make it as online freelancers," according to Kjærulff. Considering that less than 20% of Gambians are internet users (compared to over 75% of Americans), these numbers represent a great start.

One of the program's top success stories is a young man named Bakary Fatty, who earned $515 in freelance income during the program. His story "proves that, with proper education and motivation, anyone can reach his or her targets," Kjærulff says.

To keep the program alive even after its six-month span, GrowthBond ran Facebook ads to companies in Africa to promote the services of these freelancers. After receiving interest from 130 companies, they turned off the campaign and got to work connecting them with students from the program. "We expect to continue receiving a constant flow of companies lined up to hire freelancers in the future," says Kjærulff.

The power of Messenger bots for education and training

This story serves as a timely reminder that chatbots are powerful tools for education. And while Messenger bots have always been effective learning tools, their potential is even clearer during this global pandemic. Bots can help people build new skills from the safety of their own homes, whether those skills will help them complete a degree, explore a new field, or learn to bring in money remotely as a freelancer. It also reminds us that agencies and nonprofits will continue to be crucial players in how we recover and rebuild pieces of the economy that COVID-19 has damaged.

💼 Marketing agencies: Book a demo with us to learn more about how our Premium Agency program can empower you to exceed client expectations and make a difference, like GrowthBond did.

💙 Nonprofits: Learn how your org can benefit from a bot, then get information on our Bots for Good program, designed to support the nonprofit organizations that support all of us.

Learn more about what Chatfuel is doing to help businesses during the coronavirus pandemic. 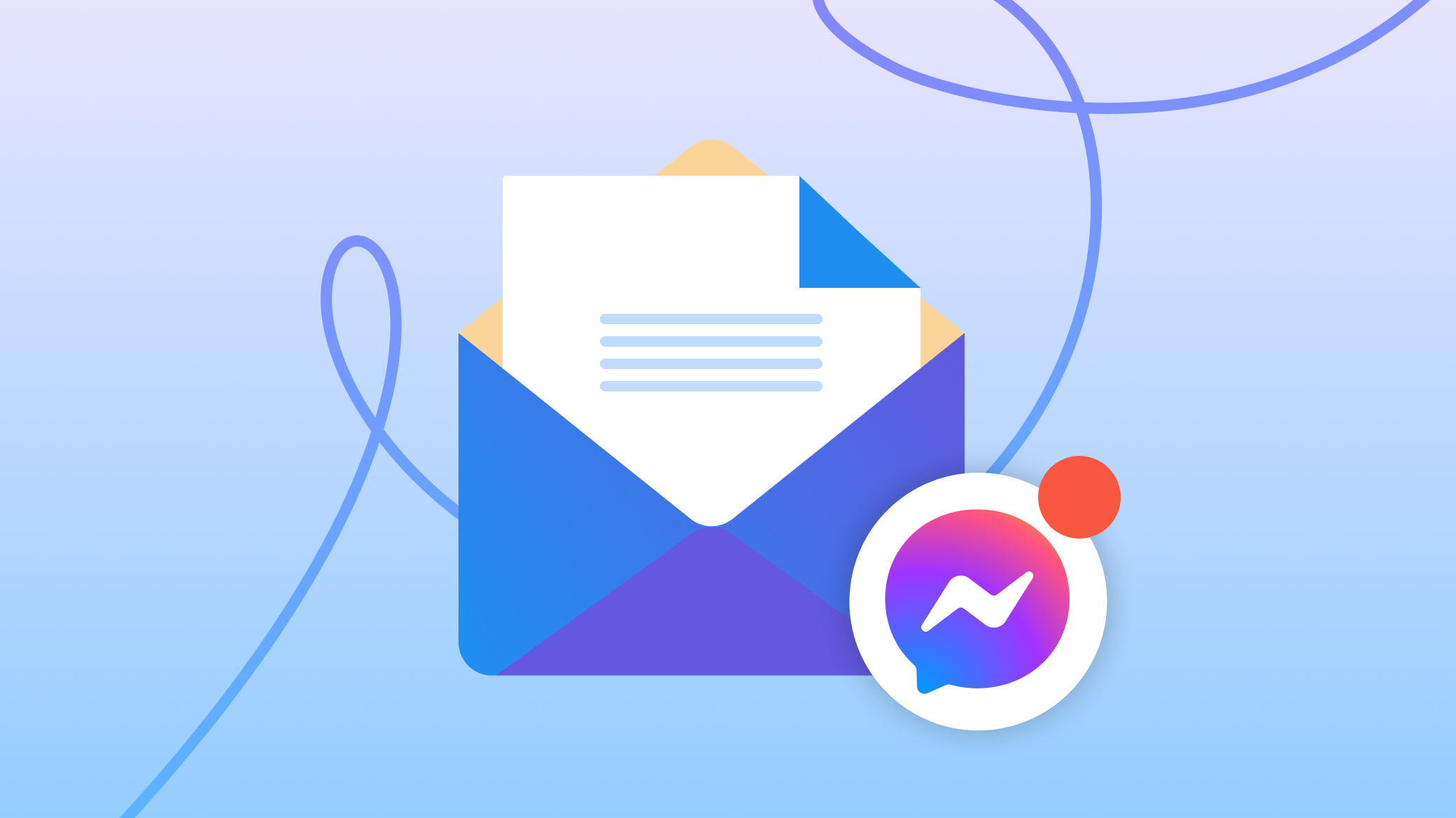 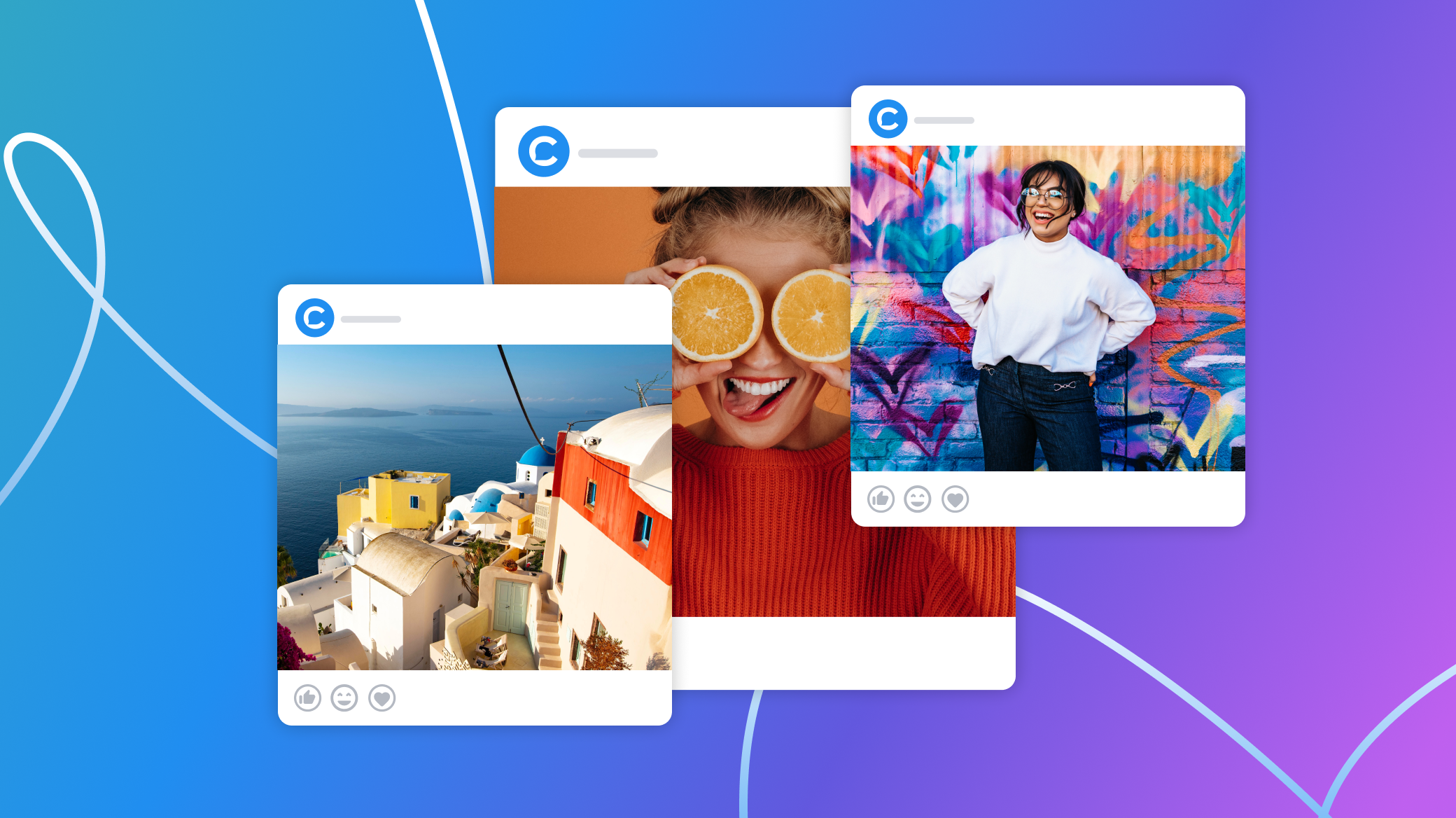 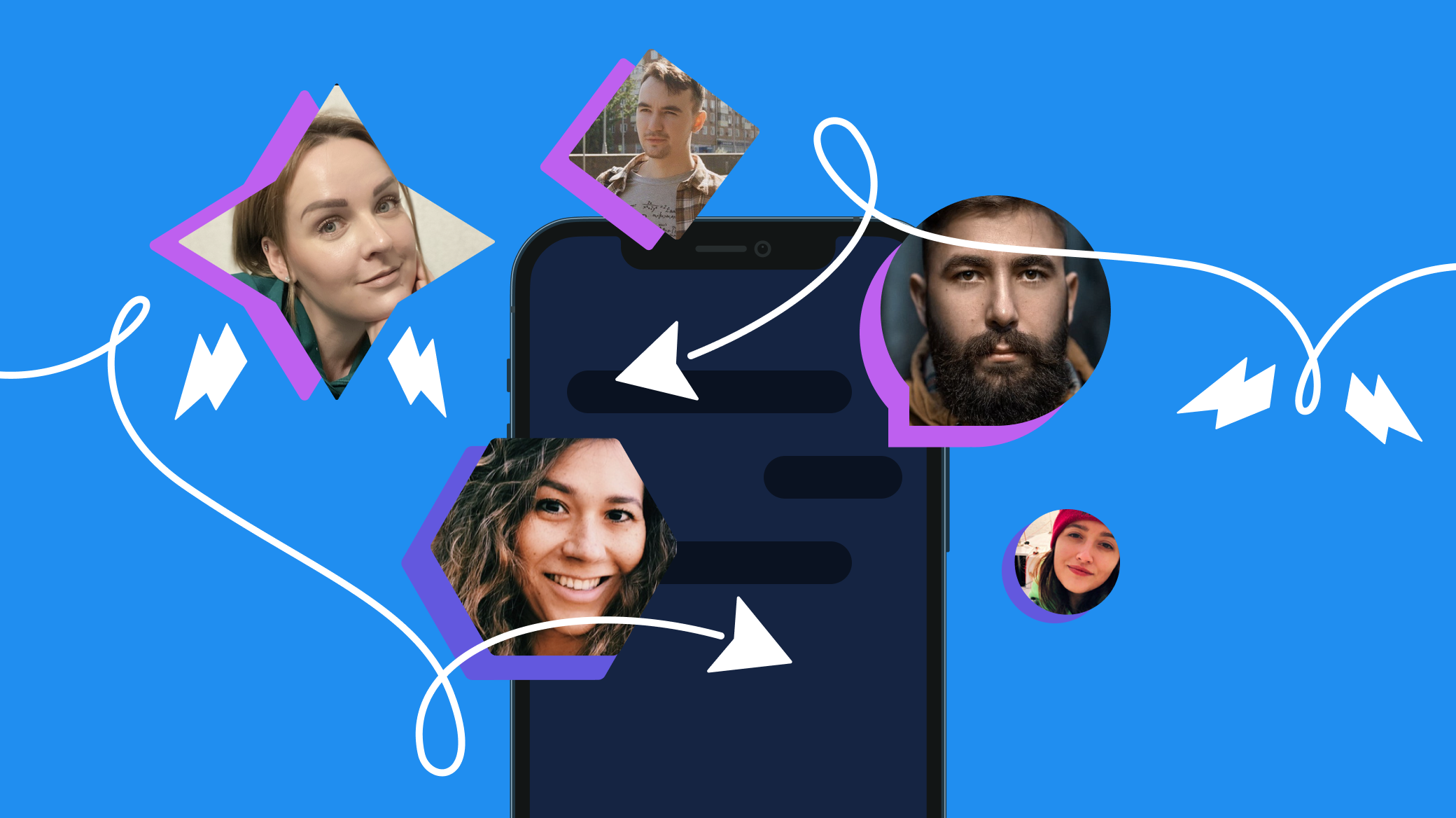