How to Respond to a Crisis: A 7-Step Checklist for Brands 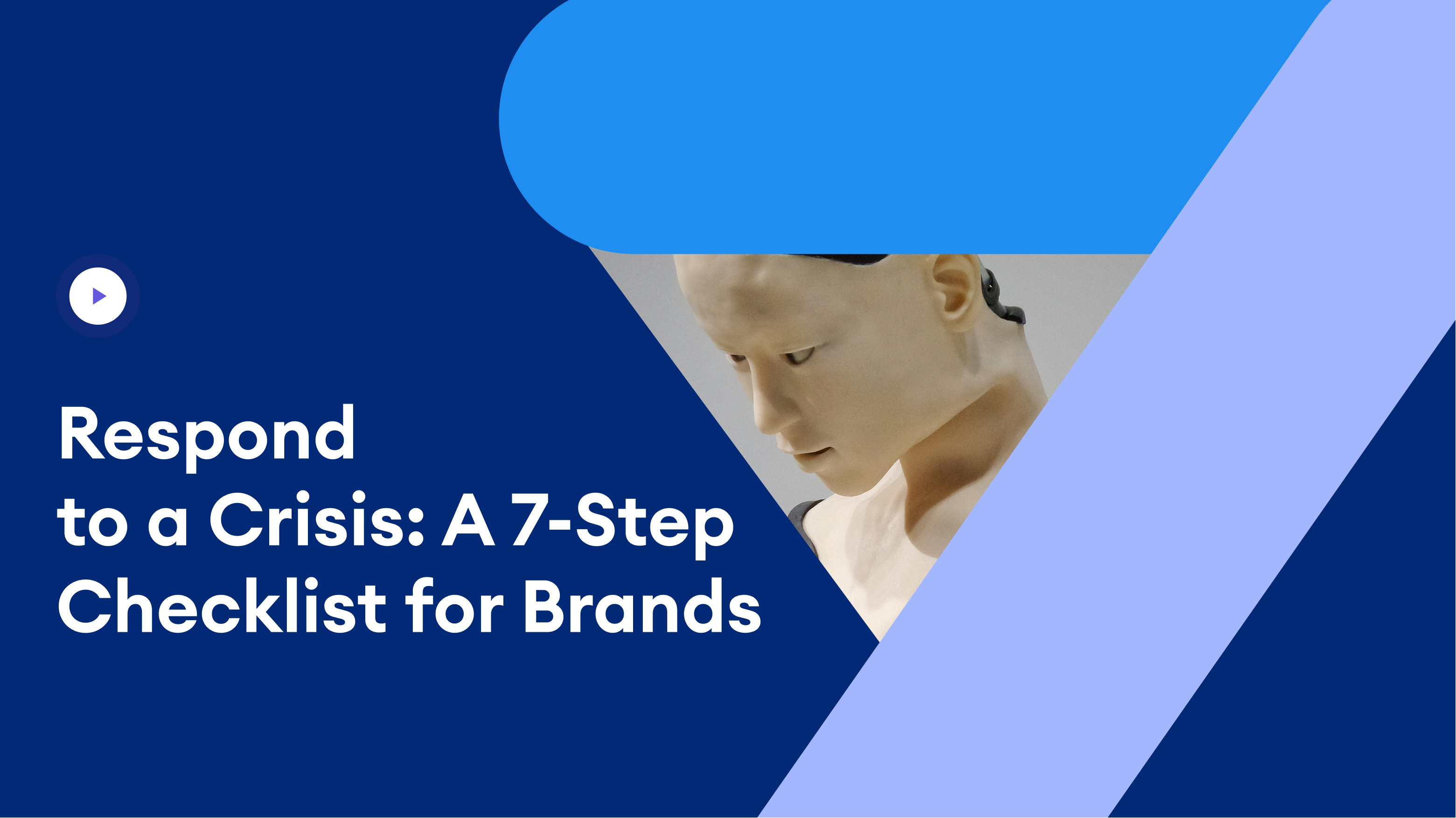 Missed an episode of Chatfuel School—the podcast where we cover hot topics in the world of bot-building and marketing? Don't worry; we took notes for you. 🤓 The topic for July 3, 2020 was crisis management for brands: how to empathetically and responsibly respond to everything from pandemics and social injustice to something smaller like product recalls. We brought in two expert guests to share their insights: Emily O'Brien, founder of Comeback Snacks, and Timothy Coombs, professor of crisis communication at Texas A&M University. Here's the full episode. 👇 Keep scrolling for a recap of what you missed.

Every era has its crises, of course. But it does seems like we've had more than our fair share in 2020. It started with wildfires and floods. Then the pandemic hit and everything came to a grinding halt. Protests against racial injustice swept the planet soon after. And what's more—many of these events revealed underlying issues and dysfunction that existed all along, bringing these problems to the forefront as crises of their own.

Among many other negative impacts, the economy has suffered as a result:

❌ The International Labour Organization estimates that COVID-19 will have caused the loss of 195 million jobs worldwide.

❌ A report from Yelp says that 41% of US businesses that temporarily closed when the pandemic began have now shut down permanently.

With uncertainty at an all-time high and consumer spending reaching new lows, brands can't afford any missteps that might cost them business. A PR disaster can lead to reputation damage and loss of loyalty that could majorly impact a company's fragile bottom line during these times. Even stable, major corporations have to tread carefully. The way they handle these crises could affect how people see their brand for years to come.

In a nutshell, responsible, effective crisis communication is now more important than ever for brands. Read on for a checklist of two experts' most important tips for you to keep in mind when your brand is responding to a crisis. Because although we hope that 2020 gives us all a break soon, there's bound to be major events in the future that your brand will need to address.

First things first: Pretending like there is no crisis doesn't count as a crisis management strategy. As one of our expert guests Timothy Coombs put it, "Don't ghost your stakeholders." He explains how he's seen brands make this marketing mistake even when the crisis is an internal one.

He brings up the crisis management example of product recalls in the food industry. "Usually only two or three out of ten companies even mention the recall on their social media sites. In fact, one time, a brand posted a coupon for the very product they were recalling that day. That's ghosting yours stakeholders: When you're unwilling to discuss the crisis."

In contrast, he brings up the positive example of how Clorox and Lysol handled a social media crisis head on. At the start of the pandemic, there were shortages of disinfectant products from both brands, and people were complaining online. Instead of ignoring it, they were straightforward. "They apologized for the shortage, explained why it was occurring, and shared what they were doing to try and overcome it."

PR professional Stephanie Caudle was our guest on a previous episode of Chatfuel School, and she echoed Timothy's point. When it comes to situations with far-reaching impacts like the fight for racial justice, especially, she explains that "saying nothing is not the answer." She adds: "If you're not speaking up, you're saying a lot to your consumers and customers, saying that you really don't care about the issues at hand." It's simple: In a major crisis situation, your business can't afford to stay silent.

Ignoring a crisis is not the answer. But Timothy also cautions: Saying something just for the sake of saying something isn't the right move either.  He explains: "Some people say, "Just say anything, they just need to hear something." No; there needs to be strategy and thought behind what you're doing in a crisis."

What kind of consequences might be waiting for you if you don't carefully strategize your crisis response? You can make things worse for your brand. "That's called a double crisis," Timothy tells us.  "It's when your response is so bad that it creates additional crisis and additional problems and damage for your organization." How to avoid exacerbating the issue this way? Take your time. Follow any crisis communication plan you may have in place. Map out a thoughtful, appropriate social media crisis response that won't backfire. "Don't let speed overwhelm strategy," says Timothy.

Timothy shared another tip that's important, but often overlooked. He says that crafting an external response is obviously key to crisis management—but that you shouldn't release it until you communicate with your own employees. Your internal team needs to know what you're saying and doing as a brand first. "They need to get that message directly from you, and ideally before you release it to the public."

This advice becomes absolutely crucial when the crisis directly affects your staff. Take the coronavirus, for example. Brands like Nordstrom, among many others, released their public statement and then started manufacturing masks as their way of responding to the crisis. It's a great move—but you can bet that before any of that happened, they communicated with their employees first to let them know what measures they're taking to protect them from COVID-19 on the job.

It's a similar story with the fight for racial justice. If you're supporting the movement externally but not working to improve equality within your own organization first, your crisis response is glaringly incomplete.

Both of the expert guests on this episode emphasized this point. Timothy summarized it nicely: "Victims are the centerpiece of your crisis communication strategy," he says. "All else flows from that. If you don't honor the victims and focus on them first, you're probably going to have a failed crisis response that could come back to hurt you."

Let's take the crisis management example of the infamous BP oil spill crisis, and look at two very different brand responses to it:

It's all about empathy, according to Timothy. "You need to demonstrate in your crisis communication that you understand the needs and concerns of people who have been adversely affected by this crisis." But it takes more than empty words. "This means not just platitudes of concern, but what are you really doing to help people?" he says. "Is there some sort of compensation? Are you taking actions immediately to prevent a repeat of this crisis? How are you helping them out?" So the core steps of any crisis response should be: Identify the victims, and figure out what your brand can do to help them.

"Victims are the centerpiece of your crisis communication strategy. All else flows from that." –Timothy Coombs

Emily O'Brien was the other expert guest on this episode, and her first point dovetails nicely with Timothy's advice on avoiding empty platitudes. She urges brands to incorporate action into their response. Emily has some pretty direct experience with crisis management because she overcame a major personal one: being sent to prison for four years on a drug smuggling charge. When she was released, Emily regretted her crime and was committed to a new path. But she knew she had to prove it.

"I made a mistake in my life, and I knew I needed to fix it somehow," says Emily. "But I couldn't just say I was going to fix it. I had to show I was going to fix it.  And I showed that through my sobriety, through building up a business that helps people get back on their feet after they've been incarcerated, by doing talks at schools, and by mentoring students who are trying to build their own businesses."

So show, don't tell is the advice Emily gives to brands as they respond to a crisis, too. Have action to back up whatever you communicate. "Think about what you're going to do, and how you're going to stay committed to what you're promising people," she advises. "Because if you just say something, it's just a shell, and shells can break very, very easily. If you commit to something, you need to be honest about it, be accountable, and have proof."

#6. Use your brand's resources to take action. 🔋

Emily's advice that brands should take action is key. But what form should that action take? Emily brought up a few crisis management examples to address this question.

But what about smaller brands that don't have factories and equipment to repurpose, or huge amounts of money to donate? Emily points out that there are plenty of other ways to help. Sharing relevant knowledge is the first one she mentioned, because she does it herself on behalf of Comeback Snacks, the popcorn brand she founded. "My mission isn't just to make good popcorn, but to shed light on a lot of the injustices in the criminal justice system." She explains how she used her personal experience to host webinars and talks on the topic in response to the racial justice movement ignited this May. "Make sure you're creating content that matters and that is topical," Emily says.

Your small business may not have financial resources to spare during a crisis, but think about how you can gift your time, knowledge, or services as part of your response instead. You'll contribute to an important cause, using your power and strengths to make a difference. And your audience will take notice. An action-oriented response to a crisis will give them one more reason to trust and support your business.

Social media has had a huge impact on how brands respond to crises. "You now have direct access to your stakeholders, you can get your message out there," Timothy points out. "And not only that: You have the chance to see how people are responding to your crisis messages in real time. It gives you the chance to adjust to the situation."

If your brand isn't already using social listening tools, now's the time to start in preparation for any future crises. These tools can help you monitor what people are saying about your brand across platforms, and keep tabs on the public sentiment. If you start to notice any red flags, you can take action.

So social media has made crisis communication easier in some ways, but harder in others. "Remember," Timothy warns, "how you perform [in crisis response] affects how people out there are going to evaluate and interact with your brand in the future. That visibility [on social media] is a blessing and a curse. You've got to learn how to manage crises in a very visible environment."

"How you perform [in crisis response] affects how people out there are going to evaluate and interact with your brand in the future." –Timothy Coombes 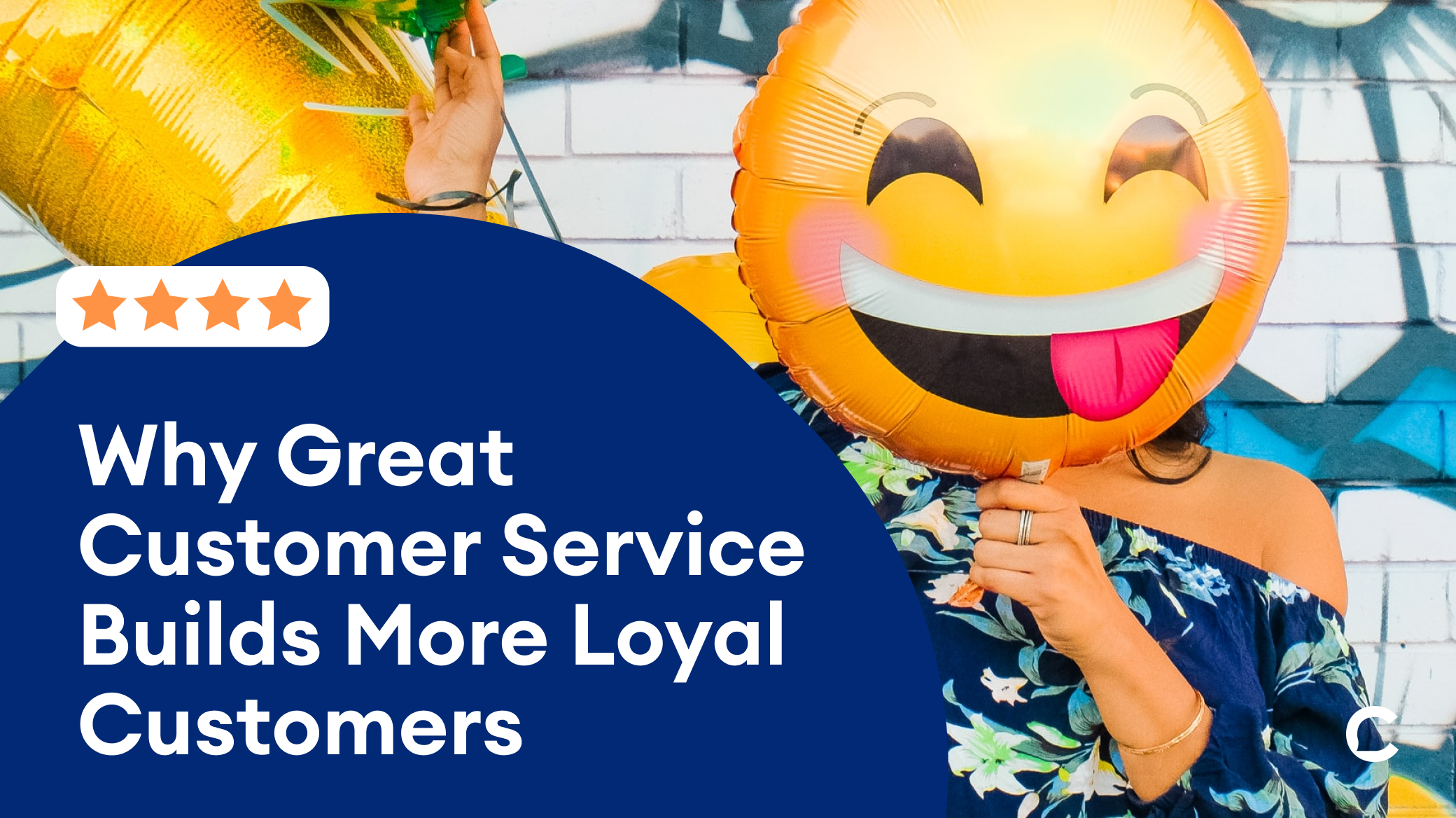